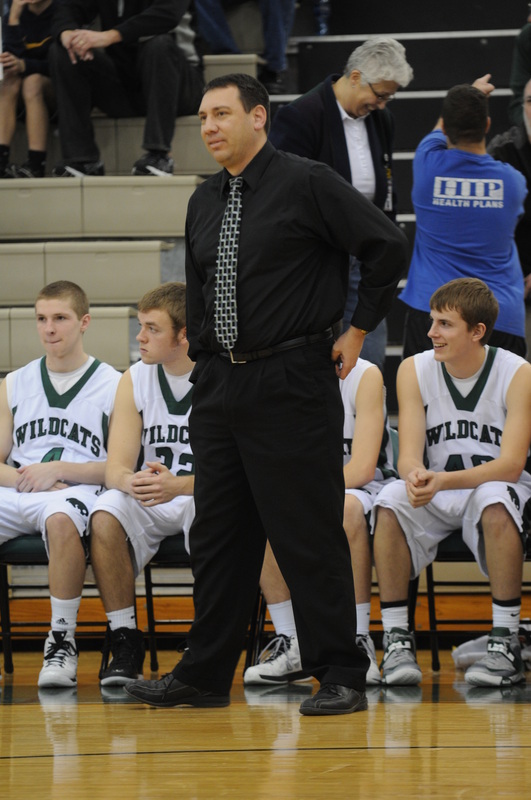 Coach Morrison has been the head boys basketball coach at Millard West High School since the 2009-2010 season.  Under Coach Morrison's direction, the Wildcats have been in the District Championship game in eight out of ten seasons and have qualified for the state tournament three times.

Before being hired, Coach Morrison was the Freshman coach at Millard West for one year under Coach Rick Hook.  Before Millard West, Morrison was head coach at Fort Calhoun for nine years, assistant coach at Bellevue East for three seasons, and was a Graduate Assistant for a year at Midland College (now Midland University).

Morrison played his collegiate basketball at Midland College.  He was on the Varsity team for all four years of his career.  He was named to the NAIA Academic All-American list after his Junior and Senior seasons.  Morrison played high school basketball at Howells High School for his father Jim Morrison.  In high school, Coach Morrison earned All-State Honors after both his Junior and Senior seasons.

Coach lives in Millard with his wife Kristin and three children, Taylor, Jacob, and Alexis.  He teaches Algebra and Geometry at Millard West High School.
﻿Rick Hook﻿
1996 - 2009
118-173
After playing basketball and graduating from Kearney State, Rick began his coaching career as an assistant coach at Grand Island Northwest High School.  He moved to Millard in the mid-80’s to become the Millard South Freshman Coach.  His 1985-86 freshman basketball team was undefeated.  His five starters from that team became the five starters in 1988-89, were undefeated state champions and finished ranked 23rd in the nation by USA Today.

As an assistant coach Rick played an important role and was very instrumental in a very successful decade at Millard South.  They went to state 7 times, won three state championships and finished runner-up once.  Coach Hook’s dedication, commitment and great teaching ability definitely were both amazing and instrumental in those great years.

Long-time Millard South coach Larry Ribble had this to say about Coach Hook:

"Millard West could not have found a better coach, teacher and person to head up a new program.  His high energy, confidence, enthusiasm, communication skills, public relations and relentless hard work enabled him to be a fantastic salesman and promoter for a new school.  As a head coach, Rick’s teams were always disciplined, well-prepared and fundamentally sound.  His players always played hard, aggressive, with high energy and were both mentally and physically tough."

Coach Hook was the head coach for the first 14 years in Millard West’s history.  He compiled a 118-173 record.  He led 3 teams to the state tournament and 1 additional team to the district finals.  In 1999 - 2000 the Wildcats were ranked pre-season #1 by the Omaha-World Herald.